If you are using rust-lang already and cargo is installed, you can install by cargo install.

If you don't use mesh other than .obj and .stl files, you can skip install of assimp by disabling the assimp feature like below.

You need cmake to use assimp (mesh loader). It can be skipped if you use --no-default-features, but it will make it fail to show mesh files other than .obj and .stl.

If you have not installed ROS, you may need cmake, xorg-dev, glu to compile assimp-sys and glfw-sys.

You need freetype.lib in your PATH, which is required by freetype-sys. You can find binaries here

You can install urdf-viz using Homebrew tap on macOS and Linux:

urdf-viz command will be installed. It needs rosrun and rospack to resolve package:// in <mesh> tag, and it uses xacro to convert .xacro file into urdf file. It means you need $ source ~/catkin_ws/devel/setup.bash or something before using urdf-viz.

For other options, please read the output of -h option.

If there are no "package://" in mesh tag, and don't use xacro you can skip install of ROS.

In the GUI, you can do some operations with keyboard and mouse.

You can set/get the joint angles using http/JSON. Default port number is 7777. You can change it by -p option. (jq is used for JSON formatter in the following examples)

POST the JSON data, which format is like below. You have to specify the names of joints and positions (angles). The length of names and positions have to be the same. You don't need write all joint names, it means you can specify a part of the joints.

You can try it using curl.

Get joint angles as JSON

The result JSON format of getting the joint angles is the same as the Set method.

The order of the quaternion elements is w, i, j, k. 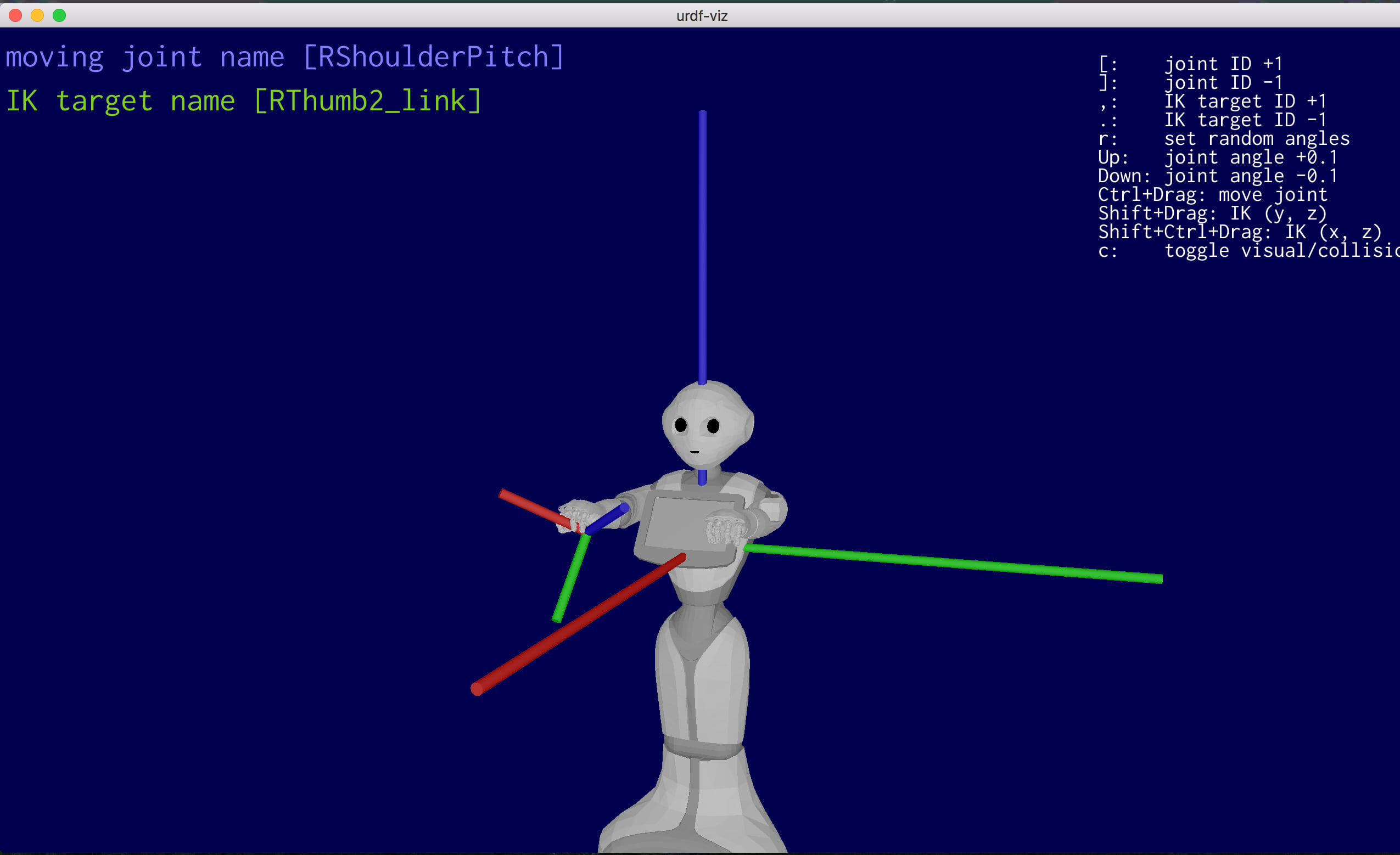