gfx is a high-performance, bindless graphics API for the Rust programming language. It aims to be the default API for Rust graphics: for one-off applications, or higher level libraries or engines.

Shiny screens, including some older projects: 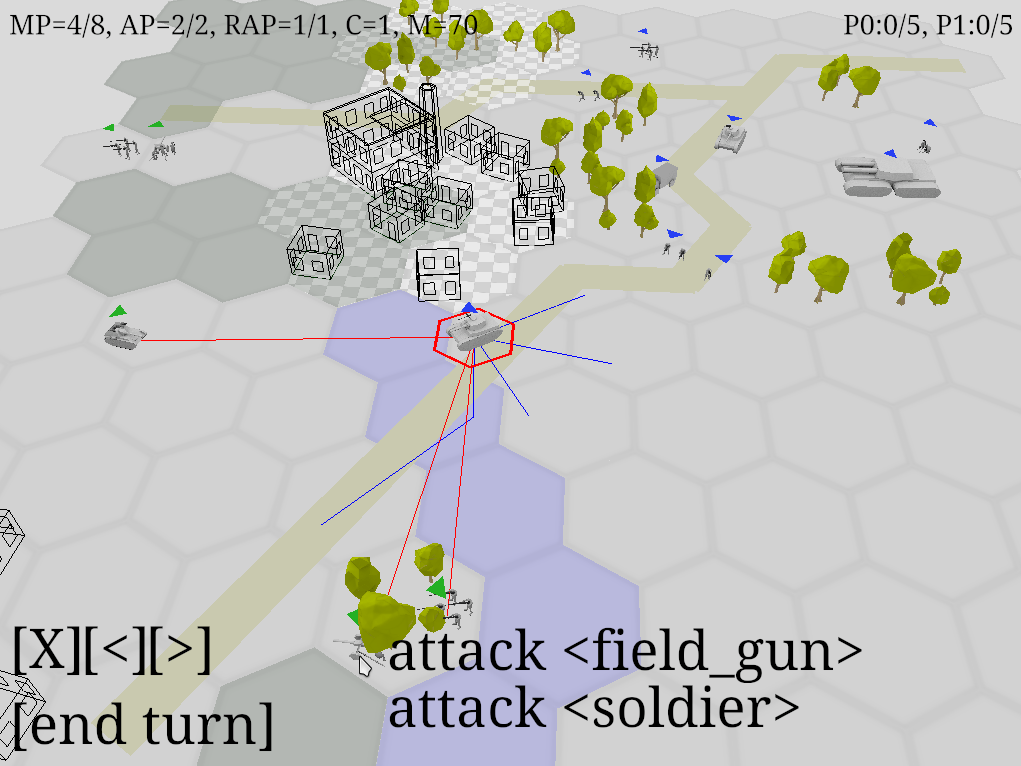 The gfx-rs git repository contains a number of examples. Those examples are automatically downloaded if you clone the gfx directory:

where <my_dir> is a directory name of your choice. Once gfx is downloaded you can build any of the gfx examples. The examples are listed in the <my_dir>/gfx/Cargo.toml file. For example try:

If you compile the example for the first time, it may take some while since all dependencies must be compiled too.

If you want to build your own stand-alone gfx program, add the following to your new Cargo.toml:

For gfx to work, it needs access to the graphics system of the OS. This is typically provided through some window initialization API. gfx can use a couple of those to acquire graphical contexts. For example; glfw or glutin.

To see how the graphic context is acquired, see the cube example or the triangle example.

To use glutin, for example, your Cargo.toml must be extended with the following dependencies:

Alternatively, an excellent introduction into gfx and its related crates can be found here.

gfx consist of several crates. You can find all of them in this repository.

gfx is still in development. API may change with new backends/features to be implemented. If you are interested in helping out, checkout contrib.md and do not hesitate to contact the developers on Gitter.