RSHub is a terminal application written in Rust for listing and connecting to UnityStation game servers. UnityStation is a modern remake of Space Station 13 in Unity. 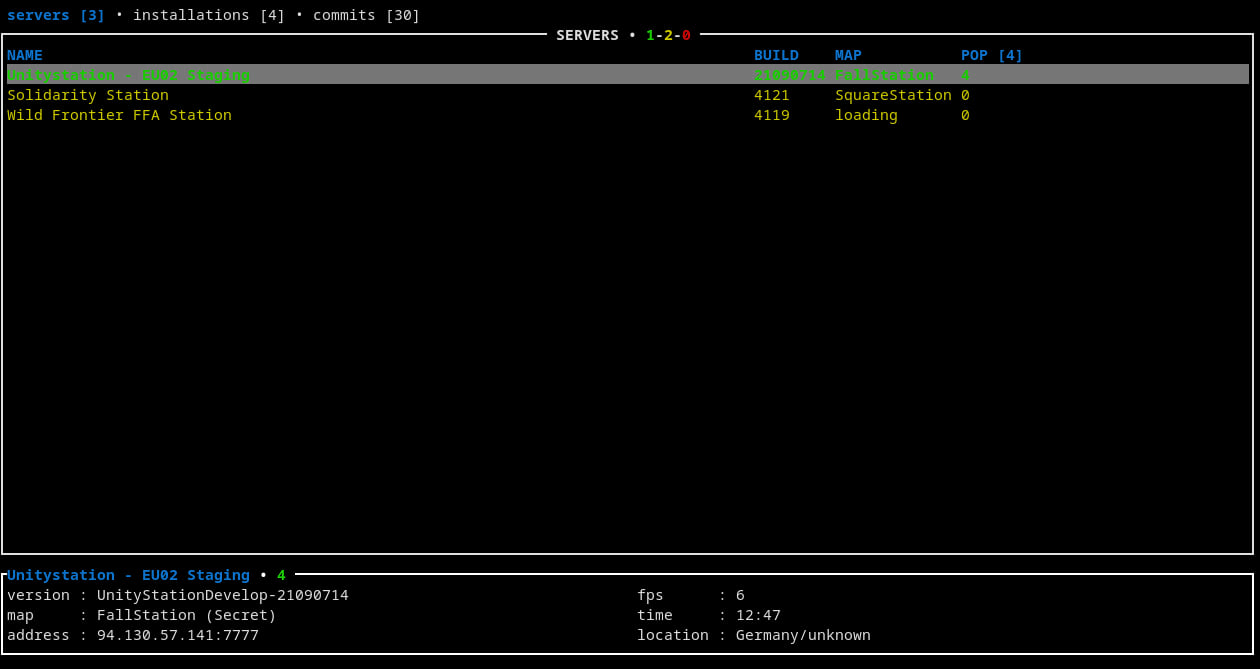 [1] I am not planning to support firebase auth, unitystation is switching to their own provider.

Prebuilt binaries can be found in releases.

RSHub requires nightly rust toolchain to build (unstable strip feature). If you do not have nightly toolchain, you can prefix cargo commands with RUSTC_BOOTSTRAP=1 cargo ... as a workaround.

Currently geolocation feature (world map) is opt-in at compile time because of security cencerns. You will have to add --features geolocation to cargo commands to enable it. This is because service I use for geolocation has too high ratelimits and I had to set up my own instance.
While solves ratelimits problem, it lets me gather IP addresses (and locations) of hub users, so I made it strictly opt-in. 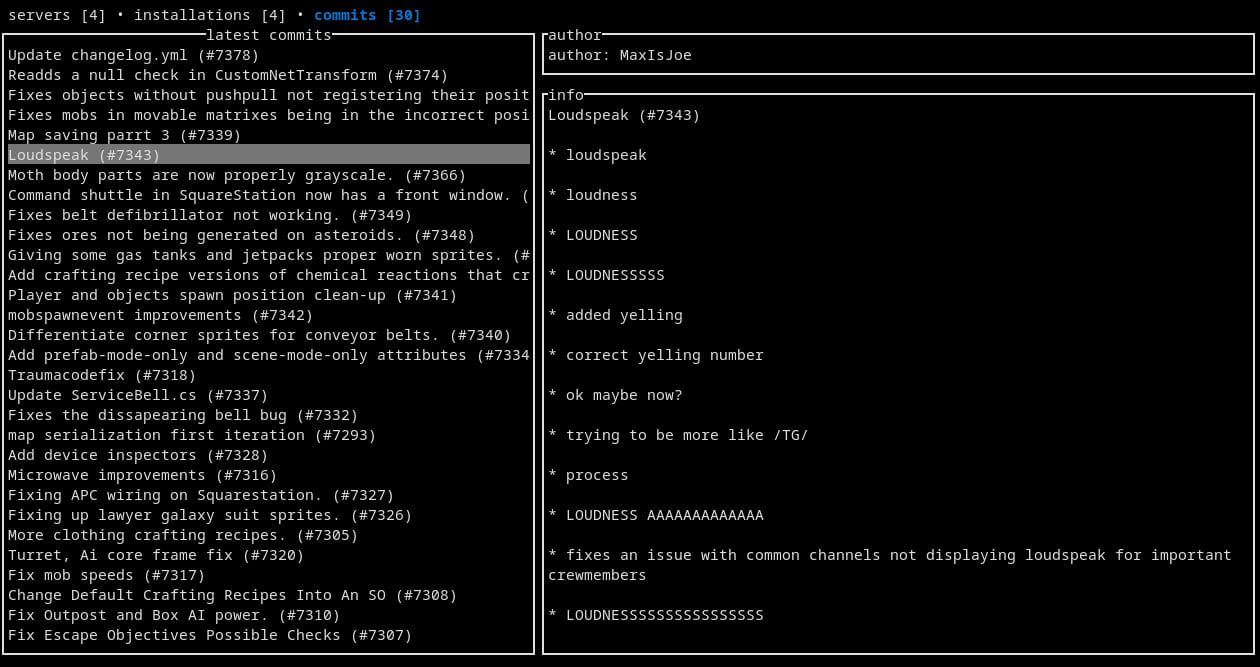