Note that the x86 features are automatically disabled on platforms that aren't x86 during compile time hence there is no need to disable them explicitly if you are targeting such a platform. 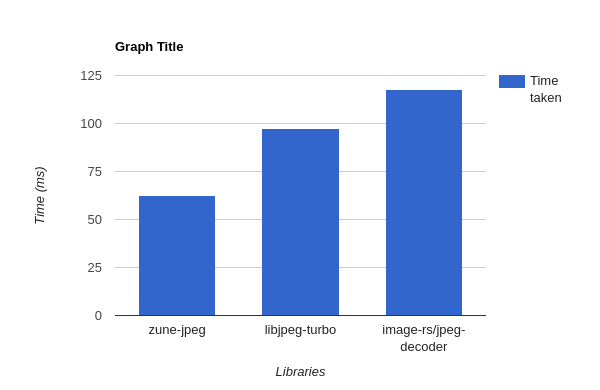 Even with CPU's that don't support these extensions, the code is carefully written to allow the auto-vectorizer to accelerate for whatever platforms in mind.

Furthermore, we take advantage of multi-core CPU's to accelerate post-processing of images to bring 1.5x performance edge over libjpeg-turbo and 2x over image-rs/jpeg-decoder.

Note, we do not try to recover corrupt JPEG's, your best bet is libjpeg-turbo for that, all errors are propagated up to the caller.