YouTube TUI is a text user interface that provides a clean UI for browsing YouTube content. It can perform searches and view channels in the terminal, play videos and playlists with external programs like MPV. Rust is used in writing this program for its better performance and ease of maintaining.

This program is being actively developed and there will be new features coming up every commit. 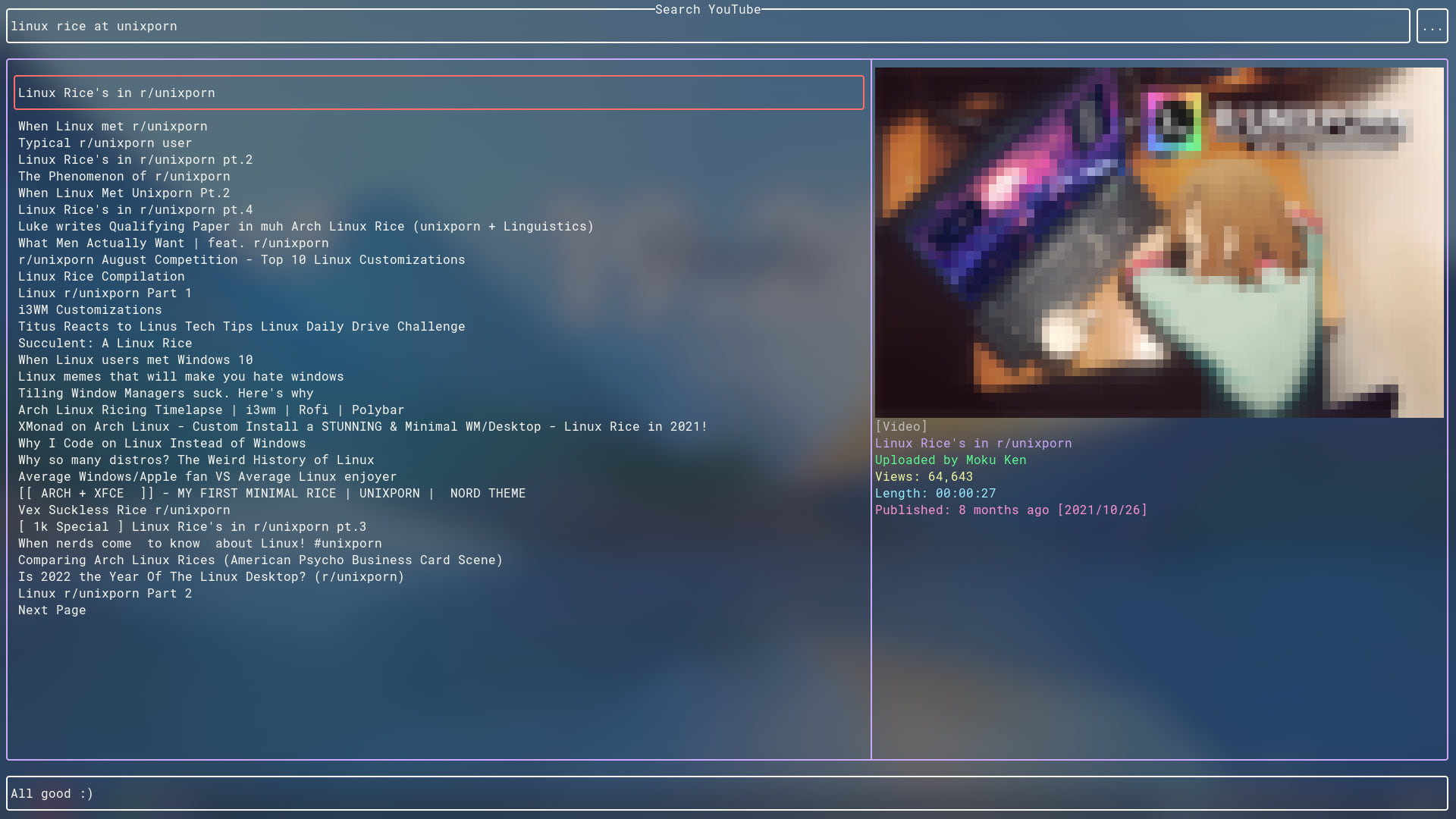 What's new in this commit

Clone from GitHub and build

The binary is located at ./target/release/youtube-tui, go move it to other locations so that you can launch the program with youtube-tui command.

This program does not requires any dependencies, but it is suggested these three things on your system that can be launched via command:

None of these dependencies are required as you can change them in config (in commands.yml)

All config files are loacted at ~/.config/youtube-tui/, will write documentations for that later

When viewing the playlists page in a channel, it gives you Missing hash key: "selected". This is because Invidious was not able to fetch the requested playlists.

You should also see an error when visiting this URL

Guys please I need help I'm kinda bad at coding tbh, these are stuff that I need help with

... and of course, credits to myself for not having the ability to read the docs for ytfzf and decided to make my own instead.

If there is a bug or you got a nice idea on what can be added to this program, feel free to open a GitHub issue. Thx :D