See below for resulting visualization and more details on the exposed API.

Friendly Warning: Some profiler backends implicitly listen on network ports immediately when the host app is launched. If this is a concern, please review the enabled profiler(s) documentation for details! 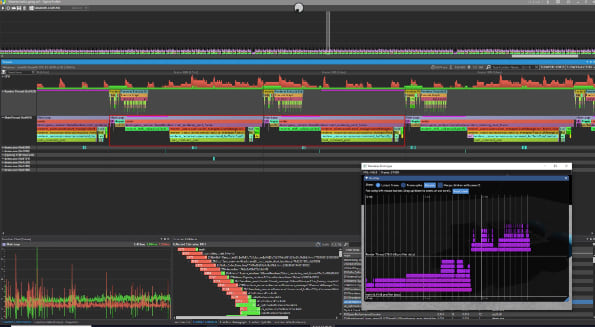 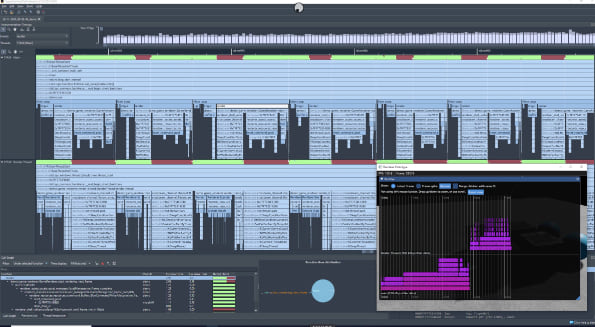 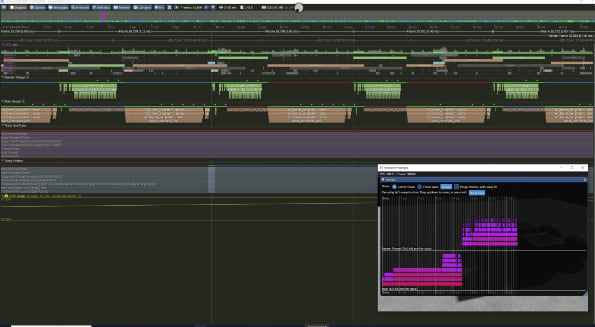 Support for individual profilers can be turned on/off with feature flags. By default, they're all off, resulting in no dependencies or runtime code.

Who is this for?

This crate is intended to be TINY. It won't support every possible usage, just the basics. I'm open to adding more things but I plan to be very selective to maintain a slim size.

When enabled, using a macro produces identical code as if you used the wrapped profiling API directly. So it is completely fine to directly use a profiler's API when this abstraction doesn't support something you want to do.

tracing: tracing is more flexible than profiling but is significantly larger and has some potential runtime cost. profiling is only useful for instrumented profiling. Instrumentation is inserted directly into your code inline via macros as if you were using the profiler's crate directly. This results in smaller code with no additional overhead.

Using from a Binary

It's up to you to initialize the profiling crate of your choice (although some do not need explicit initialization and will immediately work). The examples demonstrate this for all the supported crates, but it's worth looking at the docs for the profiler you're interested in using! profiling re-exports the profiler crates if they are enabled, simplifying the modifications you would need to make to your Cargo.toml.

Once initialized, you can mix/match the macros provided by your profiler of choice and the generic ones in this crate. For example:

There is also a proc macro to decorate functions:

Take a look at the code for the helpful macros register_thread!() and finish_frame!().

I recommend adding features for each backend you want to use to your binary crate. This allows you to optionally compile in code to setup and configure a backend.

Using from a Library

Add the profiling crate to Cargo.toml:

Now you can instrument your library using the API exposed via the profiling crate.

If the end-user of your library doesn't use profiling, the macros in this crate will emit no code at all.

Only one backend can be enabled at a time!