68 downloads per month
Used in youxi

Mini GL Framebuffer provides an easy way to draw to a window from a pixel buffer. OpenGL alternative to other easy framebuffer libraries like minifb and pixels.

It's designed to be dead simple and easy to remember when you just want to get something on the screen ASAP. It's also built to be super flexible and easy to grow out of in case your project gets serious. MGlFb exposes all of its internals so you can iteratively remove it as a dependency over time!

You can also use MiniGlFb::glutin_breakout to do rad things like multi-window while keeping the useful Framebuffer helper around. There's an example called multi_window which shows this in action.

MGlFb should run on any platform you throw it at, thanks to winit and glutin's cross-platform compatibility. However, you do need proper GPU drivers which support OpenGL. That means MGlFb won't work in certain virtual machines or on servers without a GPU. Unfortunately, this isn't something that can be helped because MGlFb can't function without OpenGL.

Here are some screenies of the multi_window example running on different platforms: 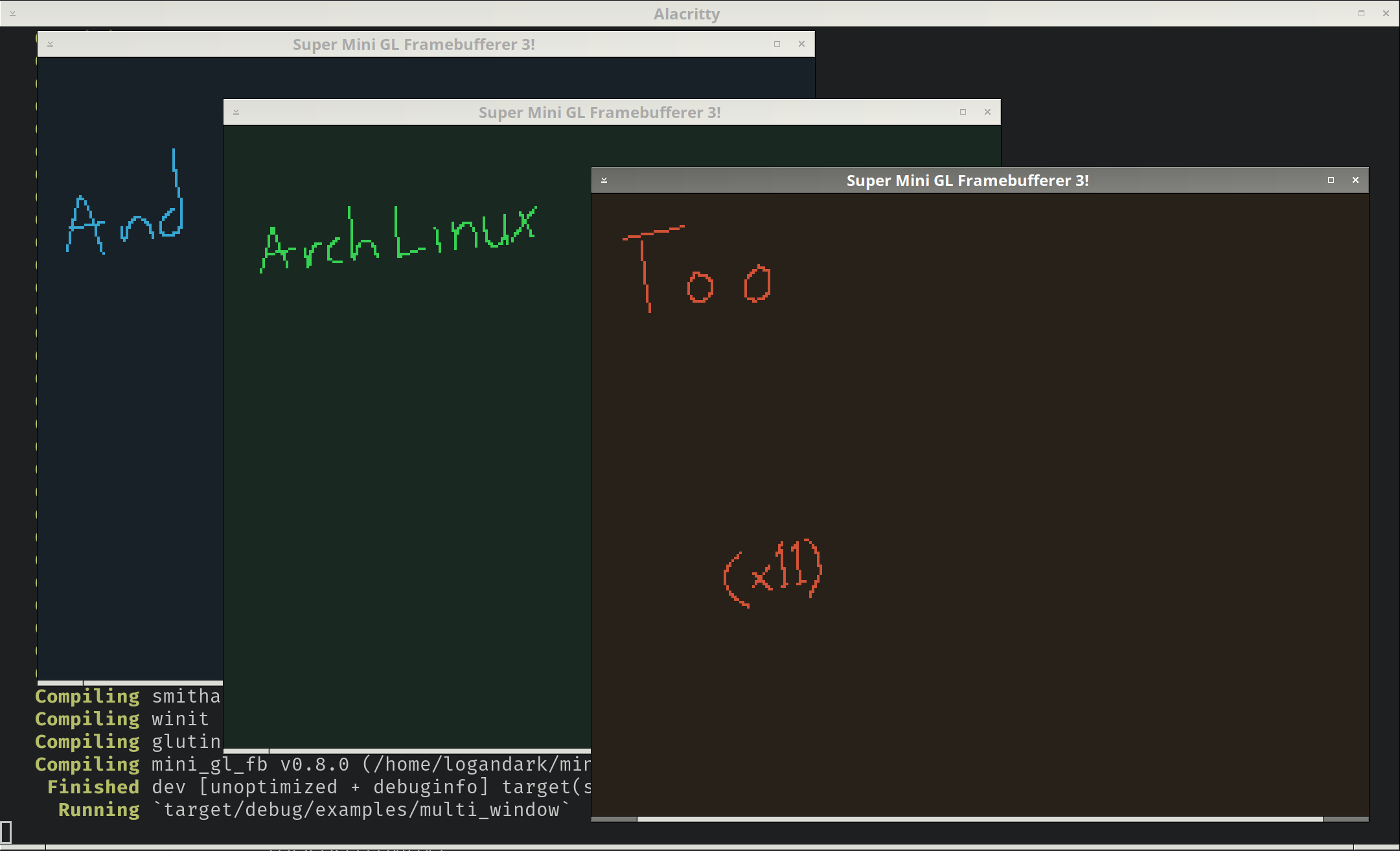 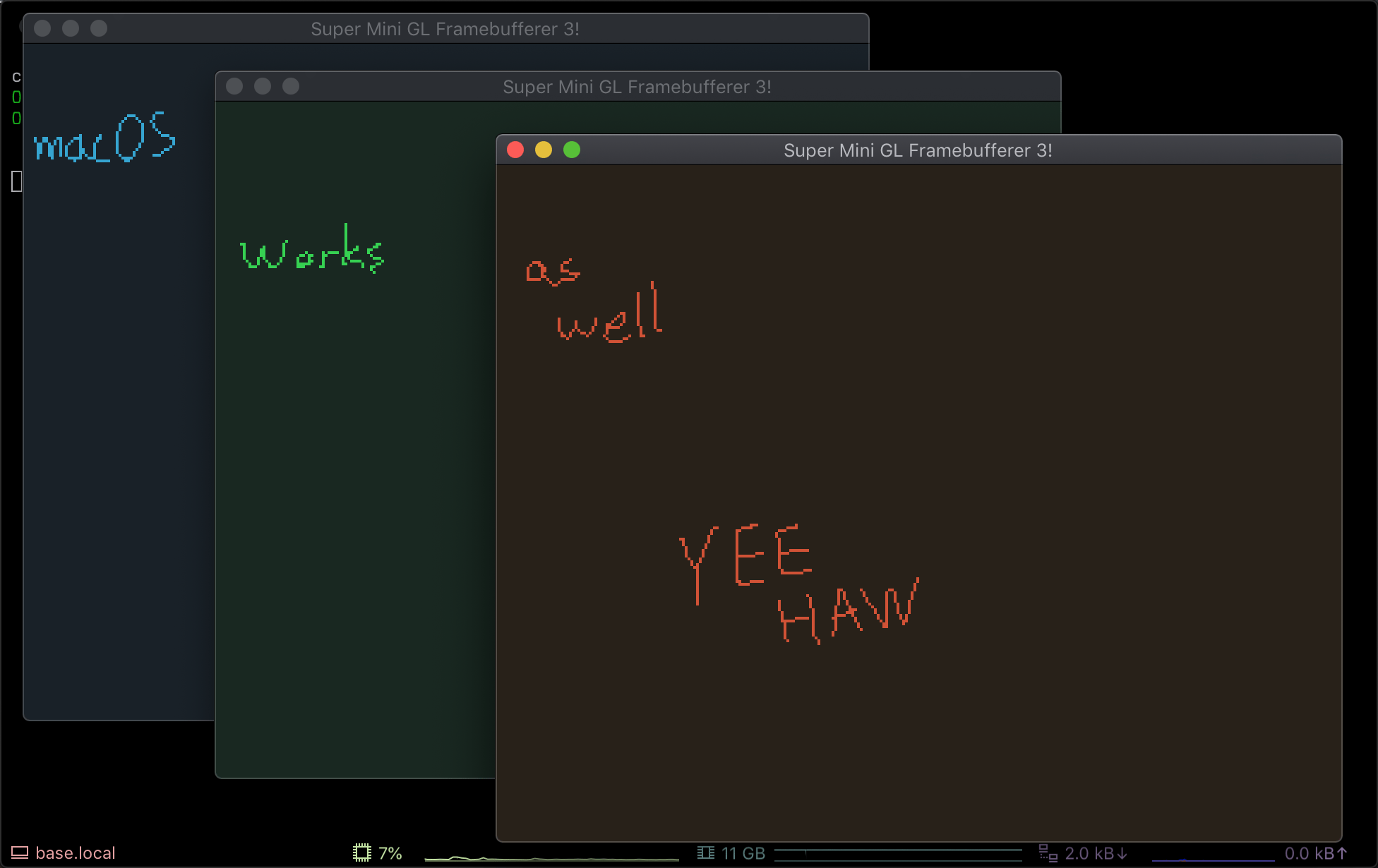 It is a showcase of the advanced functionality that MGlFb can support, but it's not at all representative of how little work is required to get started.

fb.update_buffer can be called as many times as you like and will redraw the screen each time. You can bring your own timing mechanism, whether it's just sleep(ms) or something more sophisticated.

Get access to mouse position and key inputs with no hassle. The following is extracted from the Game of Life example:

Post process with GLSL shaders inspired by ShaderToy. This is a work in progress but there is basic support for simple effects. The following is the default behavior but illustrates the API:

Get full access to glutin/winit for custom event handling

You can also "breakout" and get access to the underlying glutin window while still having easy setup:

The multi_window example works by running the winit event loop manually and handling events for multiple GlutinBreakouts at once. You can do this too!

See the docs for more info.

Feel free to open an issue if you have a suggestion or want to see one of these soon!