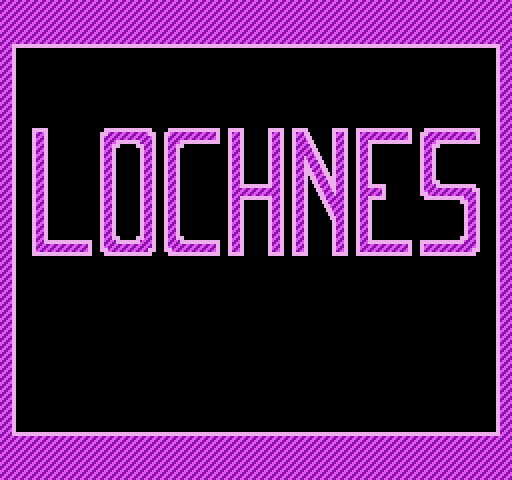 This is a toy NES emulator in Rust, which uses generators for control flow. I wrote a blog post going over some of the implementation details here: https://kyle.space/posts/i-made-a-nes-emulator/

NOTE: Lochnes uses nightly features! The project is pinned to a specific working nightly version of Rust in rust-toolchain.toml. Rustup should ensure that an appropriate version of Rust is installed when building or running the project from the repo root.

Compatibility is very poor! It doesn't support audio output, scrolling, or most NES ROM mappers. Games that use the NROM or UXROM mappers should be loadable, and games that don't use scrolling should be mostly playable.

Lochnes can be started with:

Or, if you want to use a bundled version of SDL2: