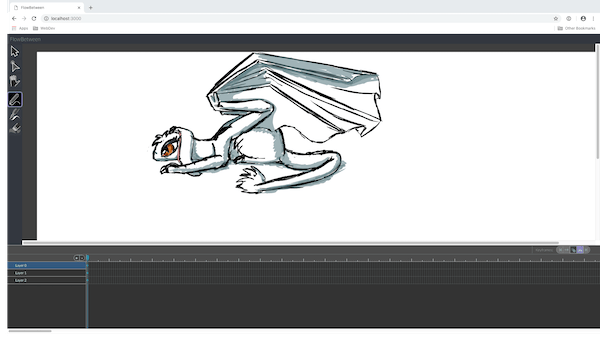 FlowBetween is a tool for creating animations. It is also a vector editor designed to provide a 'painterly' workflow, differing from most other tools in that editing is more about painting using brushes than tweaking paths.

FlowBetween has a unique architecture which makes its user interface extremely portable. In this early release, the in-browser version is easiest to play with as it will work on all operating systems. Note that to use a tablet with FlowBetween, you'll ideally need a browser that fully supports either the pointer events or the touch API. On OS X, Chrome or Firefox are your best choices. On Windows, just Firefox. Safari on iOS will work with the Apple Pencil.

and connect to localhost:3000 in your browser of choice. Select the paint tool to start drawing.

On Linux, you can try out the Gtk port:

or you can show off one of the more interesting features of FlowBetween's architecture by combining the gtk and http UIs into one executable:

While this is a bit of a gimmick right now, it shows a couple of things: FlowBetween has an extremely portable architecture (I'm aware of no other application in existence that can run two independent UI ports side by side in the same executable). More importantly, this is intended to evolve into a feature that allows for seamless editing on the desktop and on the move (and collaborative editing of a single canvas).

FlowBetween's architecture is based around streams in the same way most other applications are based around objects. Anybody who has programmed in SmallTalk would probably recognise the idea. There's also a strong principle of separating libraries that represent a concept from those that provide a concrete implementation. To pick an important example: the flo_canvas library provides all the primitives for vector drawing but no implementation at all. flo_gtk_ui and flo_http_ui both have the ability to take a stream of these updates and actualise them using their respective user interface languages.

The flo_binding library is well worth a look while you're here. It's re-usable in any UI framework due to FlowBetween's separation principle and will be familiar to anyone who has encountered libraries like Knockout or React. It's essentially a way of changing a stream of events into a representation of a state and vice-versa, which is one of the core problems of UI design.

There are several sister projects that have moved to their own repository. desync provides asynchronous functionality, using a concept of scheduling operations on data (the reverse of the usual concept of scheduling data on threads). flo_curves provides the library of algorithms needed for FlowBetween to generate vector graphics. flo_stream adds a 'pub-sub' mechanism to Rust's futures library, which is a great way to distribute events around a user interface using streams. 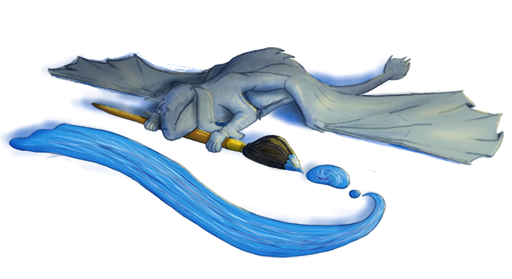