This program processes such diffs, and output them (in the console) with additional diff information on top of the unified diff format, using text attributes.

It works hunk by hunk, recomputing the diff on a word-by-word basis. 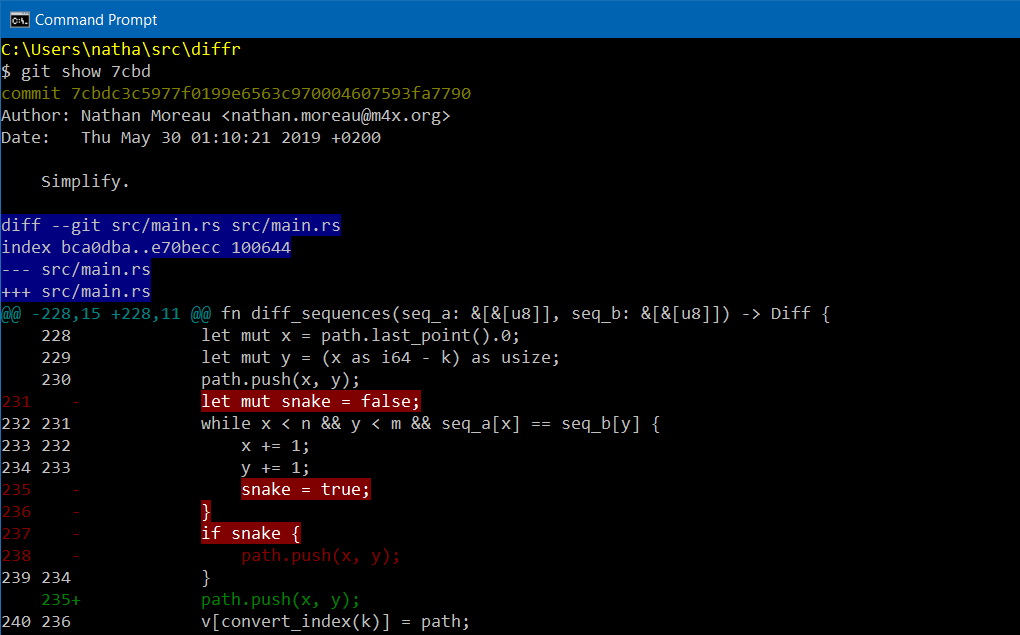 Install from the AUR:

You will need the Rust compiler installed.

To install the latest published version:

Alternatively, you can build the latest version:

How to use it?

diffr tries to be a well behaved unix program: it reads its input from stdin and writes to stdout.

To integrate it with git:

Add the following section to your .gitconfig file:

Use the --colors flag.

You can customize the display of diffing and common segments of added and removed lines.

The configuration used in the first screenshot is

This is improvement on the diff-highlight script distributed with git.

git itself provides both --word-diff and --color-words options to several commands.