Shellharden is a syntax highlighter and a tool to semi-automate the rewriting of scripts to ShellCheck conformance, mainly focused on quoting.

The default mode of operation is like cat, but with syntax highlighting in foreground colors and suggestive changes in background colors: 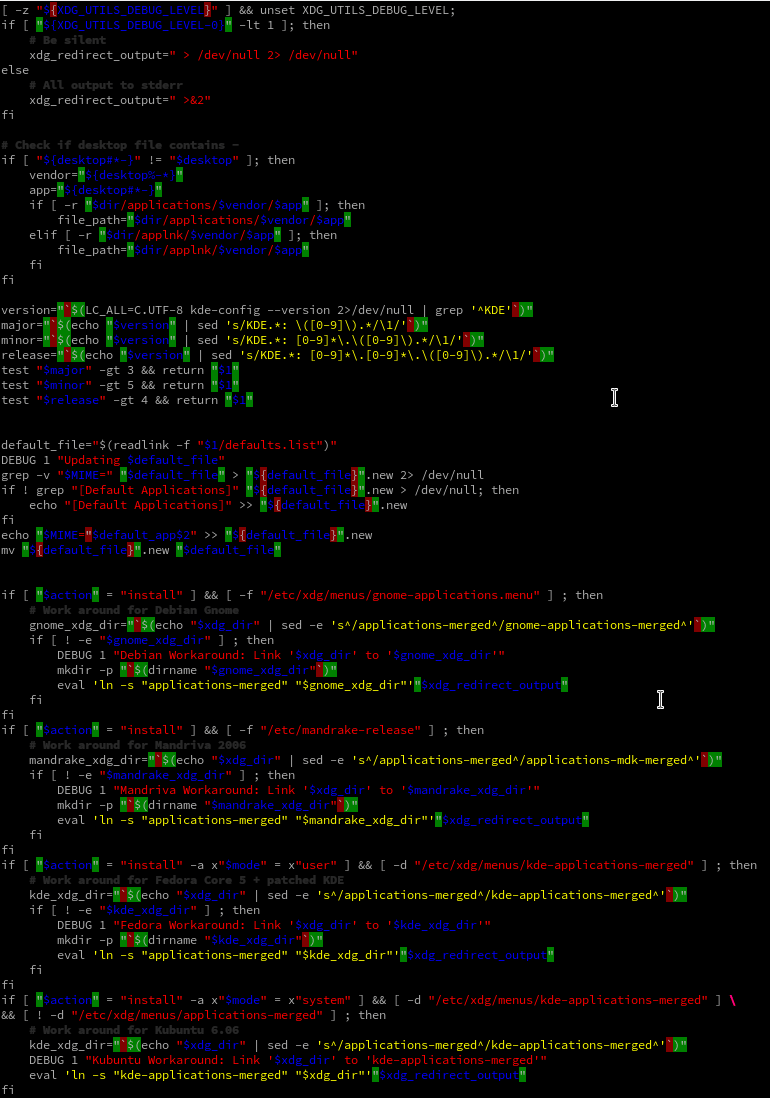 Above: Selected portions of xdg-desktop-menu as highlighted by Shellharden. The foreground colors are syntax highlighting, whereas the background colors (green and red) show characters that Shellharden would have added or removed if let loose with the --transform option. Below: An artificial example that shows more tricky cases and special features. 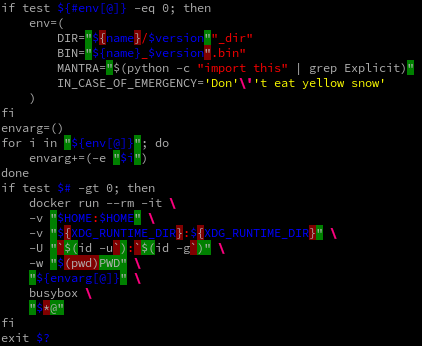 A variable in bash is like a hand grenade – take off its quotes, and it starts ticking. Hence, rule zero of bash pitfalls: Always use quotes.

Shellharden can do what Shellcheck can't: Apply the suggested changes.

In other words, harden vulnerable shellscripts. The builtin assumption is that the script does not depend on the vulnerable behavior – the user is responsible for the code review.

Shellharden was previously known as "Naziquote". In the right jargon, that was the best name ever, but oh so misleading and unspeakable to outsiders.

I couldn't call it "bash cleaner" either, as that means "poo smearer" in Norwegian.

Don't apply --transform blindly; code review is still necessary: A script that relies on unquoted behavior (implicit word splitting and glob expansion from variables and command substitutions) to work as intended will do none of that after getting the --transform treatment!

In that unlucky case, ask yourself whether the script has any business in doing that. All too often, it's just a product of classical shellscripting, and would be better off rewritten, such as by using arrays. Even in the opposite case, say the business logic involves word splitting; that can still be done without invoking globbing. In short: There is always a better way than the forbidden syntax (if not more explicit), but some times, a human must step in to rewrite. See how, in the accompanying how to do things safely in bash.