This implements a verifiable bulletin board based upon a Merkle tree. It is included in a repository which also contains a demo web server using it and a mysql backend.

What does it do?

There is a common addage "trust, but verify." Unfortunately, it is often impossible to verify, so if you are on the other end of this addage you should "be trustworthy, but be verifiable." This is designed to help a trustworthy bulletin board be verifiable.

Specifically, it allows for the continuous additions of elements to the bulletin board. Periodically, the bulletin board publishes a hashcode that is a commitment to all the elements published to date. Everyone can call their friends and check that everyone is being told the same hash, as evidence that everyone is being shown the same bulletin board. Anyone can check that any specific entry is referenced by said hash, and it is also possible to download the entire board (or additions since the last published hash) and check that is compatible with the provided hash.

This gives everyone confidence that the bulletin board operator is actually trustworthy. Or they have worked out how to reverse SHA2, which is considered hard. For a comparable definition of hard to "achieving world peace, prosperity and universal love" is hard.

That solves a very similar problem in a simpler manner, and is preferable except for a couple of advantages of this approach:

Start from the BulletinBoard structure, which has extensive documentation.

There are also helper verifier functions for inclusion proofs, but you should write your own as the whole point is to not need to trust this!

See Wikipedia or Google for the general theory.

Different problems have somewhat different details depending upon their specific requirements. For the bulletin board, we want the additions of items to be an ongoing process, with occasional publications not synchronized to the additions. In particular, we can't assume a power of two entries on the board. We also record the text of the items rather than just their hash.

There are three different types of node in the system:

See comments in hash_history.rs for precise description of the hash definitions.

This pending list contains the list of leaves and branches that have no parents; a published root is really a list of these elements. This means publishing a root hash is a relatively minor operation, very similar to a git commit object.

The following picture from the demo shows the status after submitting three entries, A, B, and C, and then publishing a root. 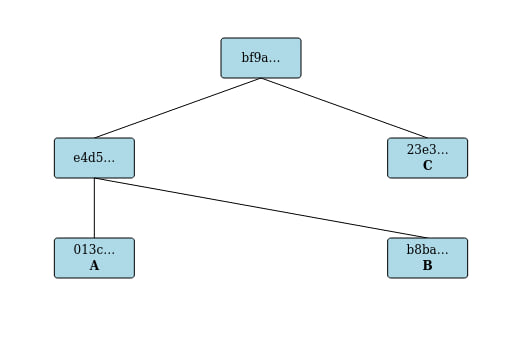 Then an extra entry "D" was submitted and a new publication was done. 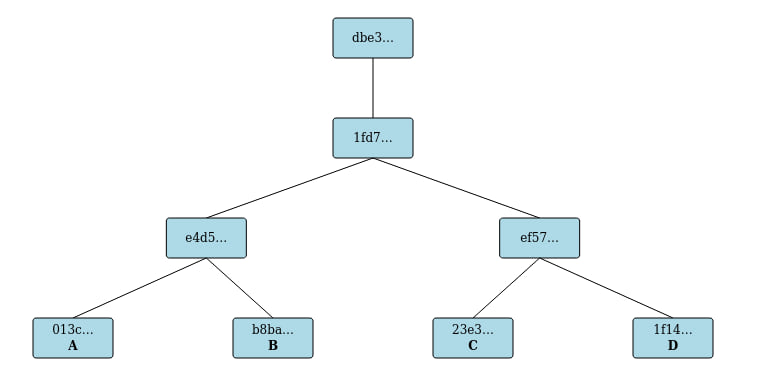 Note that if you do the same with the demo you will get the same structure but different hash values as timestamps are included. Note also that the picture above does not show (for space reasons) the link in the published root dbe3... to the prior published root bf9a...

A full inclusion proof for the entry A in this example in the published root dbe3... is given in the following screenshot of the demo webserver: 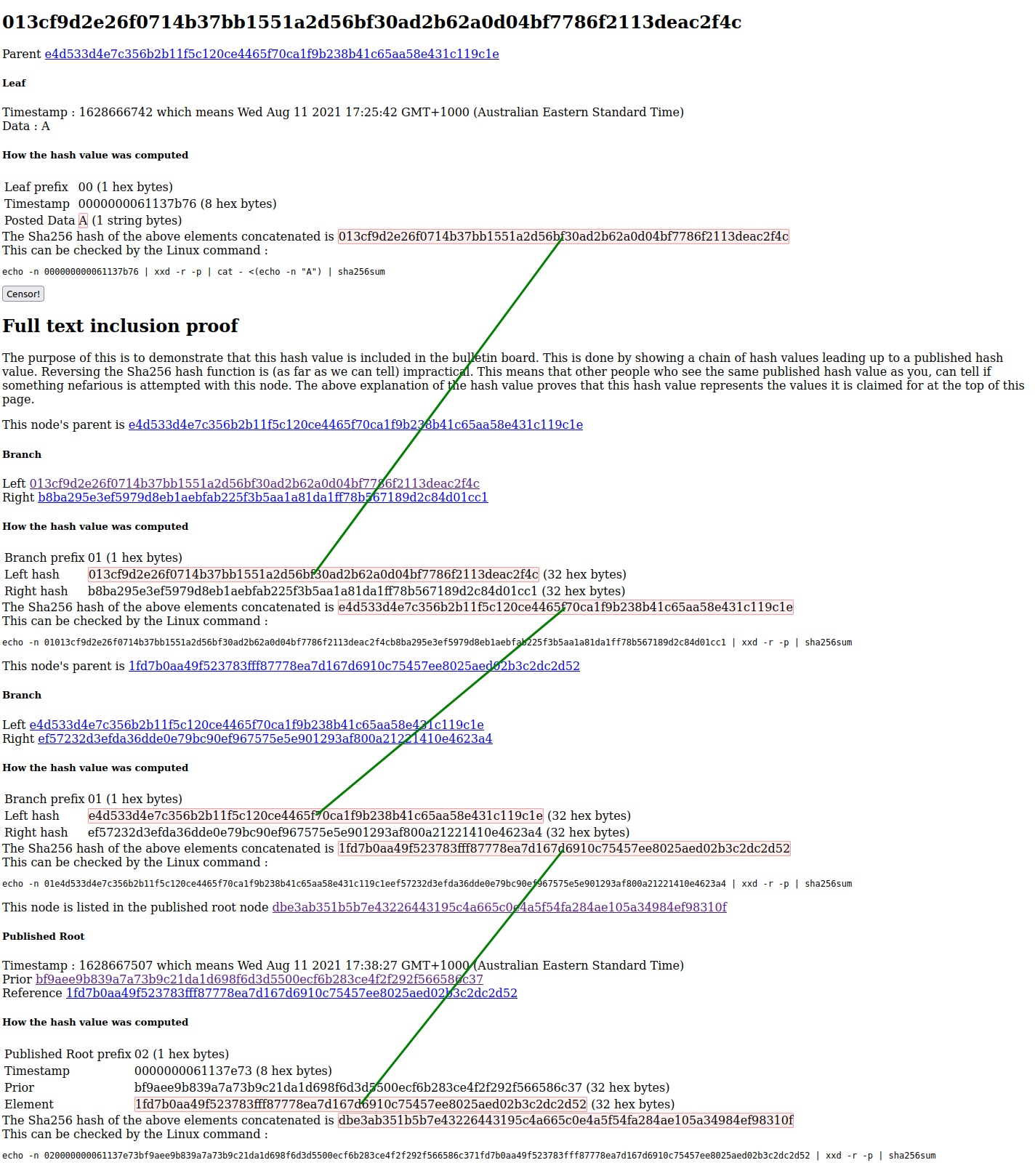