This is a simple and small testing framework that mimics the original libtest (used by rustc --test). That means: all output looks pretty much like cargo test and most CLI arguments are understood and used. With that plumbing work out of the way, your test runner can concentrate on the actual testing.

See it in action (with the tidy example): 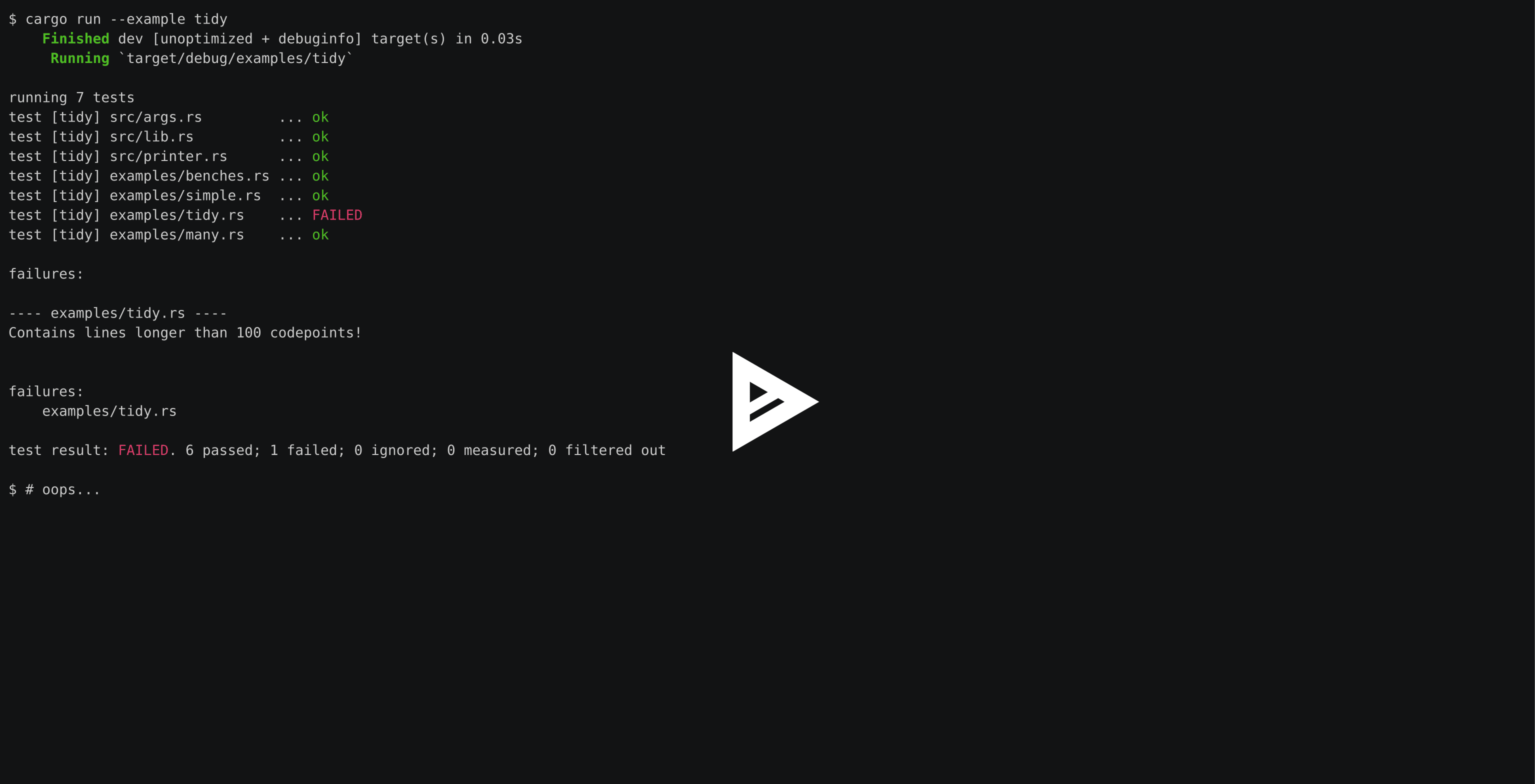