This implementation of hash map cannot be strictly classified into either of the above definition. It supports concurrent writes, using atomic Load, Store and Cas operations under the hood, and does not provide point in time snapshot for transactional operations or iterative operations.

If point in time snapshots are needed refer to ppom package, that implement ordered map with multi-reader concurrency and serialised writes.

Refer to rustdoc for details.

With 16 concurrent threads on a 10-million data set, cmap can perform ~12-million get operations. 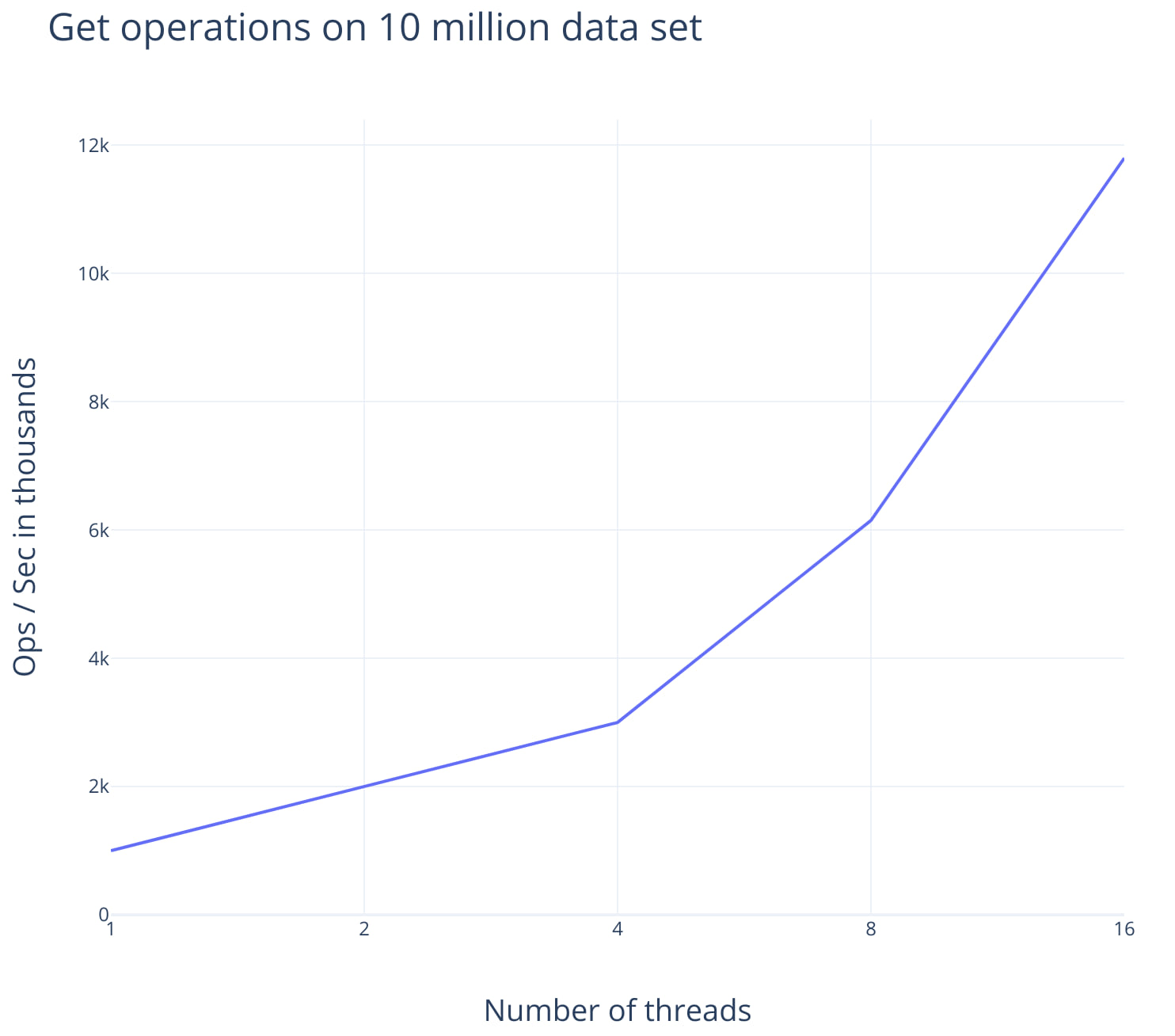 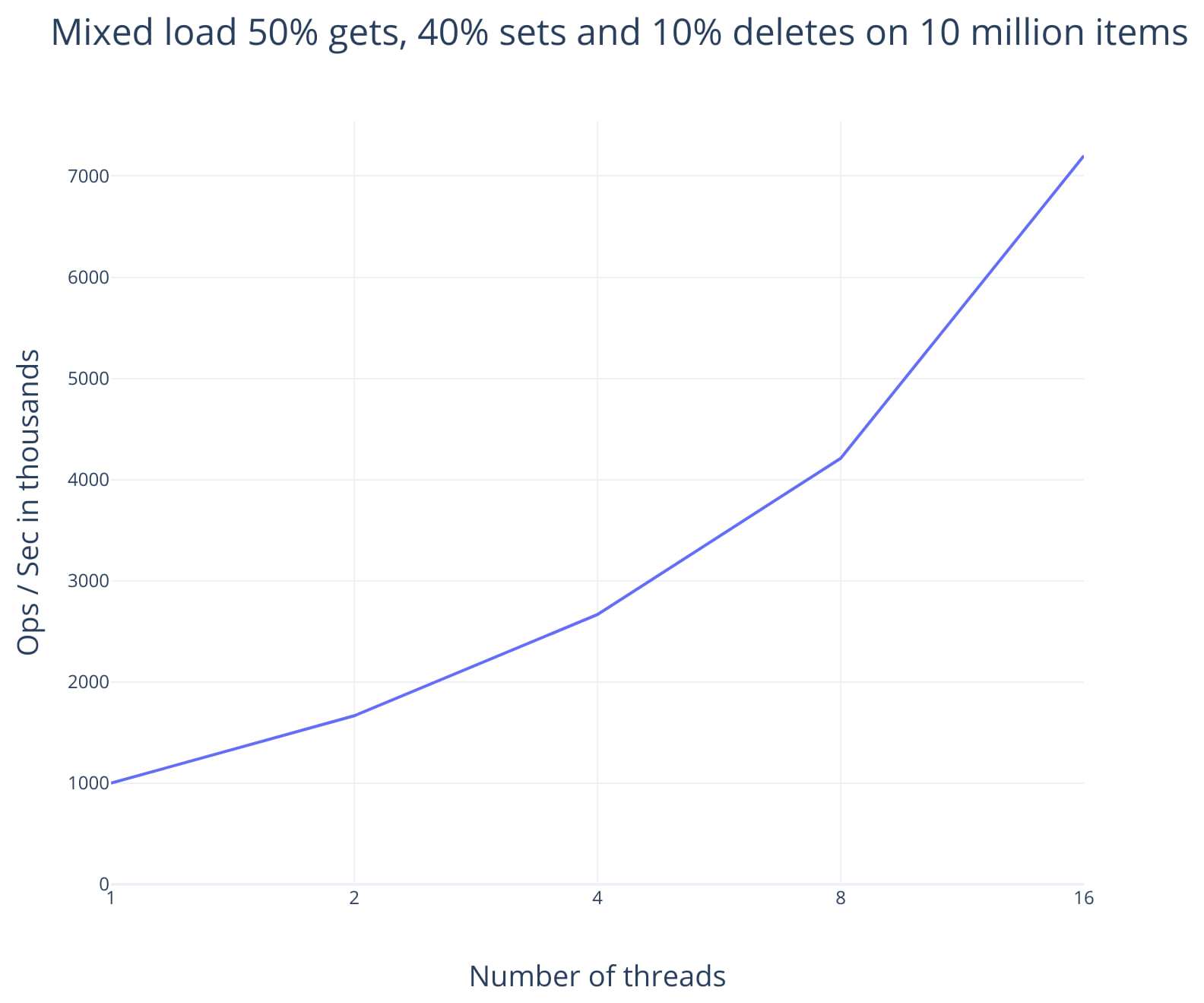