Add this to your cargo.toml 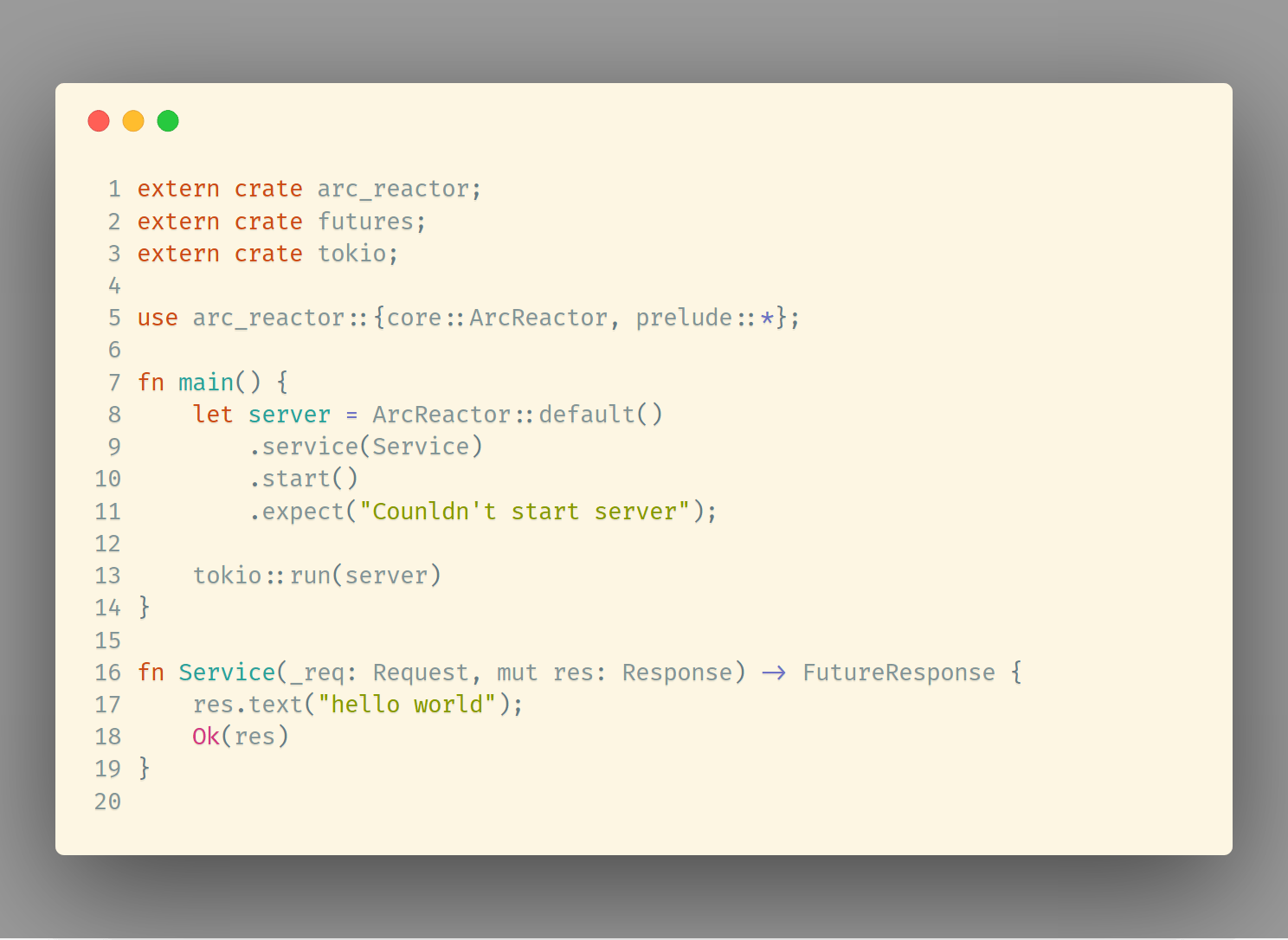 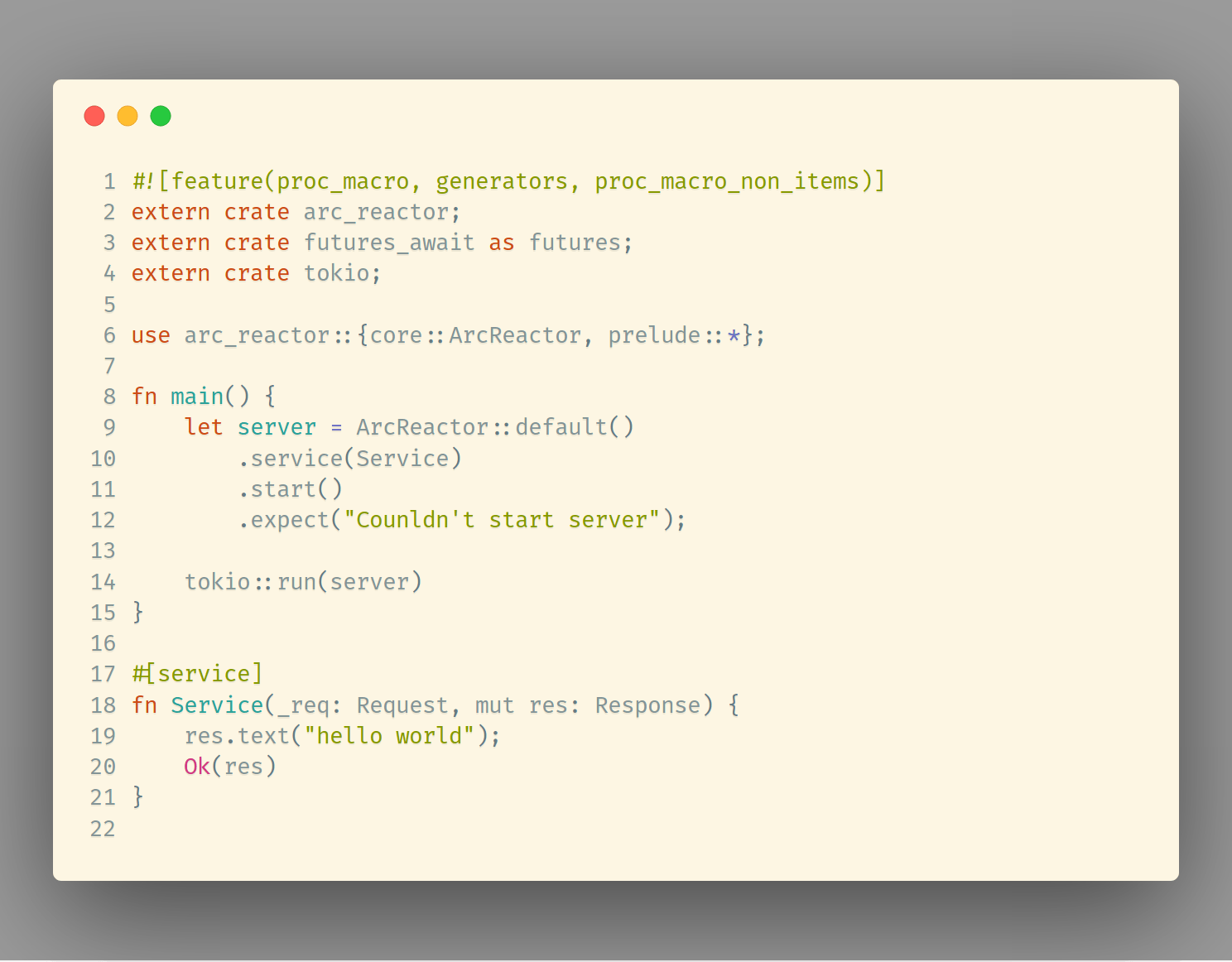 So by default, arc-reactor no longer uses the nightly compiler, and will work out of the box with the stable compiler. 🎉 This means experimental nightly features including proc_macros are only available behind the unstable feature flag.

If you wish to use arc-reactor, with the nightly compiler and unstable feature enabled: It is recommended that you lock down the compiler version. Until libprocmacro is stablized.

If you wish to use arc-reactor with it's default features:

Check out the examples folder and the api documentation to get a feel for how arc reactor works.
It's well documented and should get you up and running in no time.

It is Strongly recommended that you read the design document, as it gives you full disclosure on arc-reactor's internals, as well as the design decisions that were made.

Arc-Reactor is highly extensible via middlewares which are placed in the contrib module.

Some of the things are missing include:

Feel free to submit a PR.