(the following is generated from the crate's rustdoc. reading it on docs.rs will probably be a better experience)

This is an implementation of Eric Lengyel's Transvoxel Algorithm in Rust

Brief description of the problem

When extracting meshes with Marching Cubes for adjacent blocks at different level of detail independently, the meshes generally do not match at the blocks' junctions, inducing visible holes: 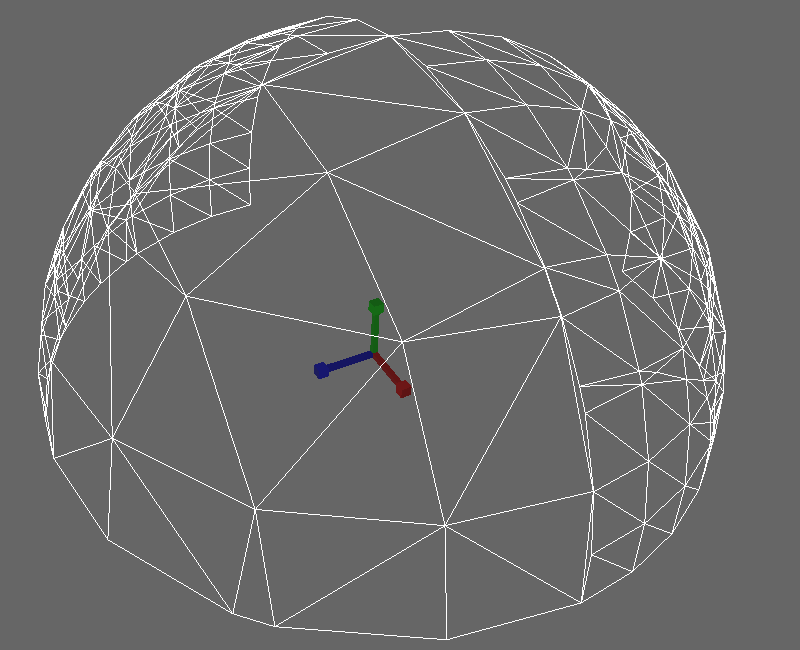 The Transvoxel Algorithm allows generating a mesh for a block mostly with marching cubes, but with increased detail on one or several external faces of the block, in order to match with neighbouring blocks' meshes: Eric Lengyel's website describes this better and in more details.

This library only provides functions for extracting a mesh for a block, independently of other blocks. To implement a fully consistent dynamic level-of-detail system, you will also probably need to:

Either try calling one of the functions in [extraction], or follow the example below:

How to use the resulting mesh

A mesh for a simple square looks like this:

If you need to use the mesh in Bevy, you can enable feature bevy_mesh and use functions in bevy_mesh

How to request transition sides