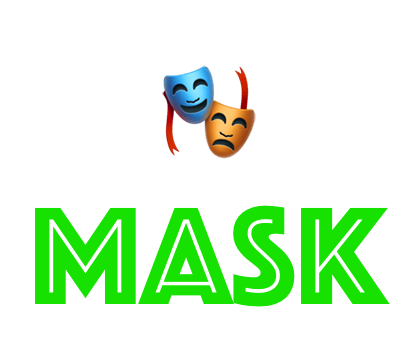 mask is a CLI task runner which is defined by a simple markdown file. It searches for a maskfile.md in the current directory which it then parses for commands and arguments.

A maskfile.md is both a human-readable document and a command definition! Being documentation focused allows others to easily get started with your project's development setup by simply reading your maskfile.md. A nice advantage of using markdown is that syntax highlighting for code blocks is built-in to many editors and renderers like GitHub itself.

Here's the maskfile.md that mask itself uses as an example!

To get started, follow the guide below or check out the more advanced features mask has like positional args, optional flags, subcommands, other scripting runtimes and more!

Precompiled binaries for linux and macOS

Head to the Releases page and look for the latest published version. Under Assets you'll see zips available for download for linux and macOS. Once downloaded, you can unzip them and then move the mask binary to somewhere accessible in your $PATH like mv mask /usr/local/bin.

mask is available in Homebrew which allows you to install it via brew install mask.

mask is published to crates.io which allows you to install it via cargo install mask.

If you prefer to build from source, clone this repo and then run cargo build --release

First, define a simple maskfile.md in your project.

Then, try running one of your commands!

These are defined beside the command name within (round_brackets). They are required arguments that must be supplied for the command to run. Optional args are coming soon. The argument name is injected into the script's scope as an environment variable.

You can define a list of named flags for your commands. The flag name is injected into the script's scope as an environment variable.

You can also make your flag expect a numerical value by setting its type to number. This means mask will automatically validate it as a number for you. If it fails to validate, mask will exit with a helpful error message.

If you exclude the type field, mask will treat it as a boolean flag. If the flag is passed, its environment variable will be "true", otherwise it will be unset/non-existent.

Important to note that mask auto injects a very common boolean flag called verbose into every single command even if it's not used, which saves a bit of typing for you. This means every command implicitly has a -v and --verbose flag already.

Flags are optional by default. If you add required to your flag definition, mask will error if it isn't supplied by the user.

Nested command structures can easily be created since they are simply defined by the level of markdown heading. H2 (##) is where you define your top-level commands. Every level after that is a subcommand.

You may notice above that the start and stop commands are prefixed with their parent command services. Prefixing subcommands with their ancestor commands may help readability in some cases, however, it is completely optional. The example below is the same as above, but without prefixing.

Support for other scripting runtimes

On top of shell/bash scripts, mask also supports using node, python, ruby and php as scripting runtimes. This gives you the freedom to choose the right tool for the specific task at hand. For example, let's say you have a serve command and a snapshot command. You could choose python to serve a simple directory and maybe node to run a puppeteer script that generates a png snapshot of each page.

You can even add powershell or batch code blocks alongside linux/macOS ones. Depending on which platform this runs on, the correct code block will be executed.

You don't have to spend time writing out help info manually. mask uses your command descriptions and options to automatically generate help output. For every command, it adds -h, --help flags and an alternative help <name> command.

All output the same help info:

Running mask from within a script

You can easily call mask within scripts if you need to chain commands together. However, if you plan on running mask with a different maskfile, you should consider using the $MASK utility instead which allows your scripts to be location-agnostic.

If your command exits with an error, mask will exit with its status code. This allows you to chain commands which will exit on the first error.

Running mask with a different maskfile

If you're in a directory that doesn't have a maskfile.md but you want to reference one somewhere else, you can with the --maskfile <path_to_maskfile> option.

Tip: Make a bash alias for this so you can call it anywhere easily

Inside of each script's execution environment, mask injects a few environment variable helpers that might come in handy.

This is useful when running mask within a script. This variable allows us to call $MASK command instead of mask --maskfile <path> command inside scripts so that they can be location-agnostic (not care where they are called from). This is especially handy for global maskfiles which you may call from anywhere.

If a heading doesn't have a code block, it will be treated as documentation and completely ignored.

Here's some example scenarios where mask might be handy.

You have a project with a bunch of random build and development scripts or an unwieldy Makefile. You want to simplify by having a single, readable file for your team members to add and modify existing tasks.

You want a global utility CLI for a variety of system tasks such as backing up directories or renaming a bunch of files. This is easily possible by making a bash alias for mask --maskfile ~/my-global-maskfile.md.

Is mask available as a lib?

The mask-parser crate is available. However, it's not yet documented nor considered stable.

Where did the inspiration come from?

I'm definitely not the first to come up with this idea of using markdown as a CLI structure definition.

My frustrations with make's syntax is what led me to search for other options. I landed on just for awhile which was a pretty nice improvement. My favourite feature of just is its support for other language runtimes, which is why mask also has this ability! However, it still didn't have some features I wanted like nested subcommands and multiple optional flags.

At some point in my searching, I came across maid which is where most of the inspiration for mask comes from. I thought it was brilliant that markdown could be used as a command definition format while still being so readable.

So why did I choose to rebuild the wheel instead of using maid? For one, I preferred installing a single binary, like just is, rather than installing an npm package with hundreds of deps. I also had a few ideas on how I could improve upon maid which is why mask supports multiple levels of nested subcommands as well as optional flags and positional args. Also... I just really wanted to build another thing with Rust :)

I also need to mention clap and pulldown-cmark which are really the core parts of mask that made it so easy to create.

Also, please review and follow the rules within our Code of Conduct 🙂

Jake Deichert with the help of contributors.